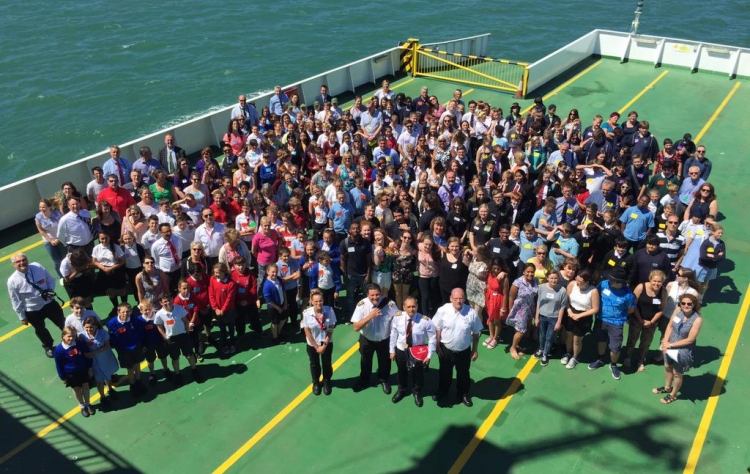 Several of our schools were really privileged to be involved in Southampton City Council's Imagine the Future event today...!

Our pupil representatives boarded the Red Funnel Isle of Wight Ferry this morning and spent the day being involved in workshops about the future of the city of Southampton.

As we sailed down Southampton Water (taking in the waterside villages, Fawley and the refinery, Calshot and its castle and hangars) we talked about how we could improve the lives of young people in the city and what would be the best use of the city's money.

We emerged into the Solent and cruised past Osborne House, Queen Victoria's Isle of Wight residence, as we continued to offer the city some insight into what its children were proud of, and what could be improved.

As we sailed back, we paused for a while to take in Cunard's majestic Queen Elizabeth and refocus on our city's maritime heritage and industries.